A new substation and renewable energy hub for New England

In order to maximise the potential of the New England REZ new transmission infrastructure will be required. The Energy Corporation of NSW (EnergyCo) is a statutory authority established under the Energy and Utilities Administration Act 1987 and is responsible for leading the delivery of Renewable Energy Zones (REZs) as part of the NSW Government’s Electricity Infrastructure Roadmap (the Roadmap).
​
The Roadmap sets out the NSW Government’s vision to coordinate investment in electricity transmission, generation, storage and firming infrastructure and transform the NSW electricity system into one that is cheap, clean and reliable. 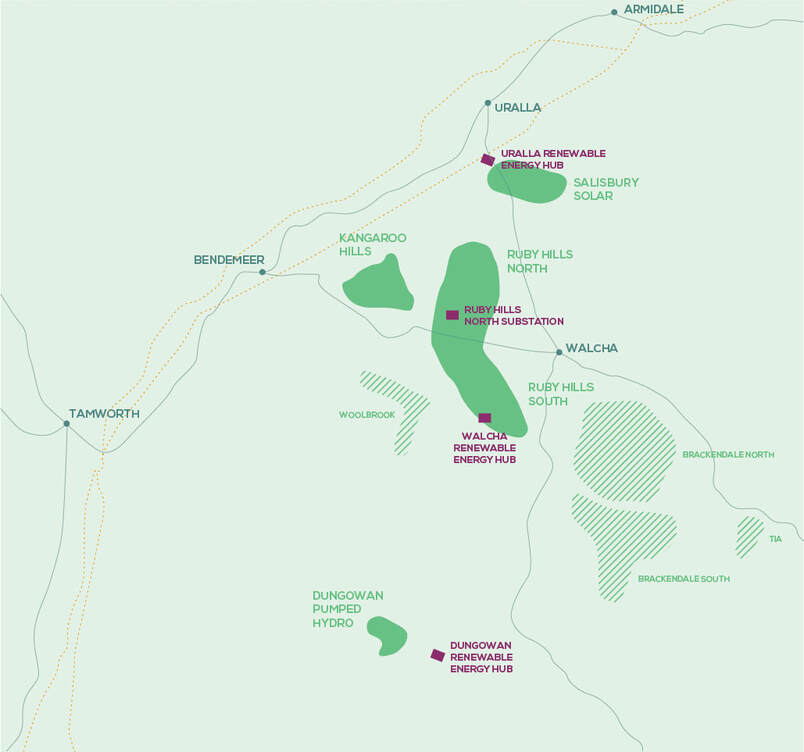 The Proposal
​
The Walcha Energy Project engaged Aurecon, a leading engineering consultancy and grid specialist, to advise on the connection options for the Project. Aurecon was requested to focus on “best for system” outcomes and how to facilitate development of the New England REZ generally and not just the interests of the Project.